One of my favorite lenses, if not my absolute favorite, is the Canon 70-200 mm 2.8L IS. I also have the 2X extender, but am sometimes a little hesitant to use it because I know it blurs the imagery a bit, as well as decreases the maximum aperture to 5.6.

So a while back I did a little side-by-side comparison to find some of the benefits and drawbacks to using the 2X extender. Let’s have a look, shall we?

Below are two photos taken with my 5D – the one on the left is using the 2X extender and the one on the right is not. Both shots were taken handheld at ISO 400, f5.6, and with a shutter speed of 1/400: 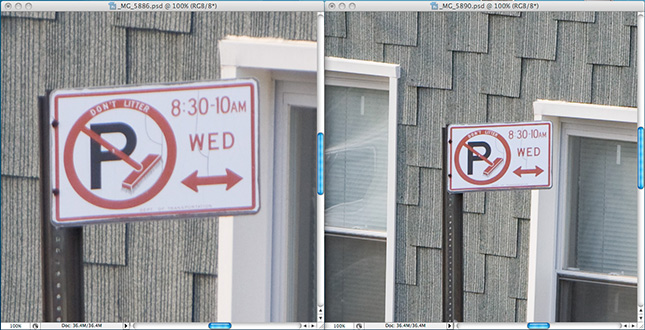 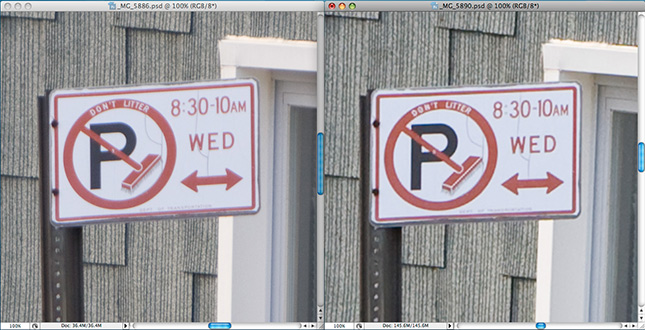 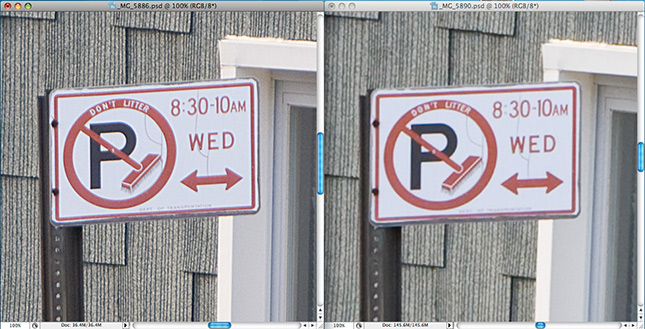 Now that’s what I’m talking about. In the above image, I think it’s pretty clear that the image on the left with the extender is the winner here. So let’s take it a step further and enlarge them both. You know, for shits and giggles and stuff: 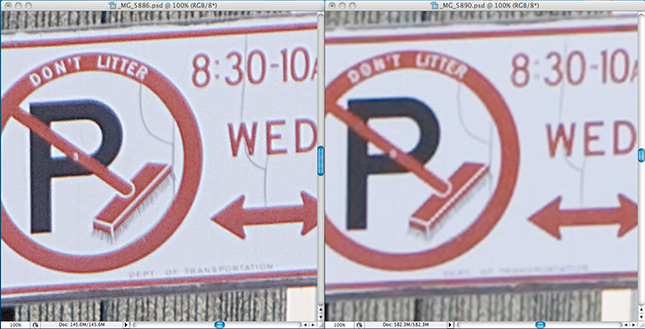 By now they’re both pretty much starting to look crappy. But it’s important to note that it’s possible to make out the “DEPT OF TRANSPORTATION” on the image on the left, and not on the right. To me that sealed the deal.

So my conclusion is that when there’s plenty of light and I’m trying to zoom as close as possible, I’m better off using the 2X extender. When there’s low light, however, my guess is that you’re better off not using the extender because you’ll need that 2.8 aperture to stop as much motion as possible. But that’s a comparison for another day. Or should I say, another night. And that right there is the funniest thing you’ll read all day.