July 1, 2008The journey to and view from Manhattan’s Nelson Tower 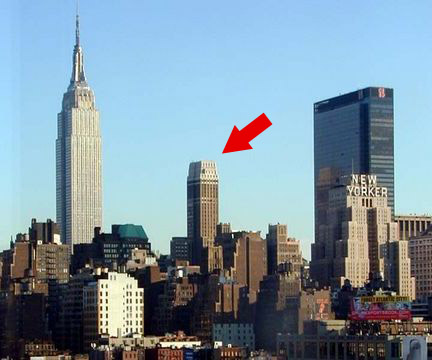 I had a pretty exciting adventure yesterday afternoon. While taking pictures for an upcoming project I found myself at one of New York’s most visible yet rarely visited landmarks. I say rarely visited because in order to get there you need to take two elevators, enter a private penthouse office, climb up a 20 foot vertical ladder, have the building’s super struggle to push aside a wooden hatch cover for 5 minutes, and prop a workman’s ladder against a 12 foot parapet.

The most amazing thing about being on the roof of 450 7th Avenue, (also known as Nelson Tower, the tallest building in NYC’s Garment District), is that when you look up, pretty much the only thing you can see is sky. This is a strange feeling knowing you’re in the heart of midtown Manhattan. The roof itself isn’t flush with the top of the building, instead it sits about 12 feet below a retaining wall, cobwebbed with decades of unused or ailing electrical wiring and other rusting things I couldn’t identify.

It’s not until you prop up a ladder against the wall and start to climb before the expanse of the city takes shape beneath you. Being at the top of the ladder is a strangely exhilarating feeling that the photos don’t do justice to. Basically you’re balanced between two falls. Fall backward and you’ll break some bones. Fall forward and you’ll die. Bitchin.

In a related note, the super told stories of the roof’s popularity during the depression as a great place for forelorn businessmen to commit suicide. He even showed me the ladder they’d use, laying on the ground covered in rust and mold. I’d never seen a “suicide ladder” before, but I’ll be damned if I see ever another ladder that looks more suicide-y. 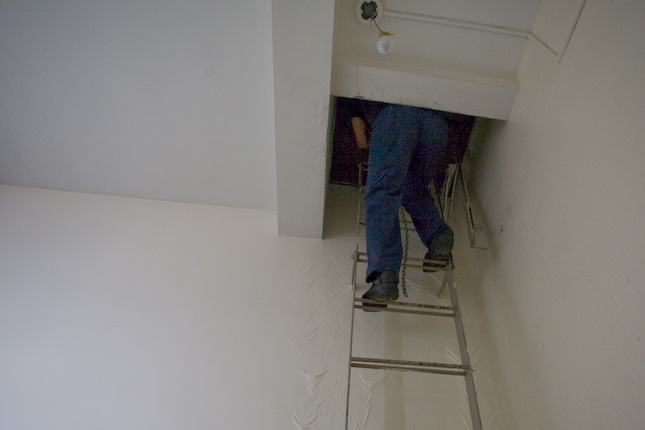 …and opening the hatch. 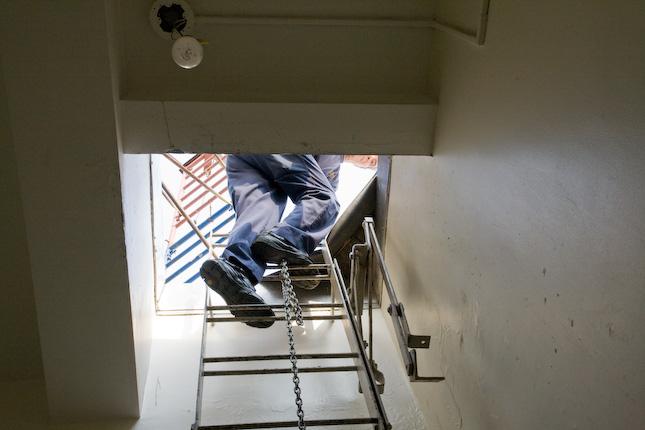 Setting up the ladder on the roof. 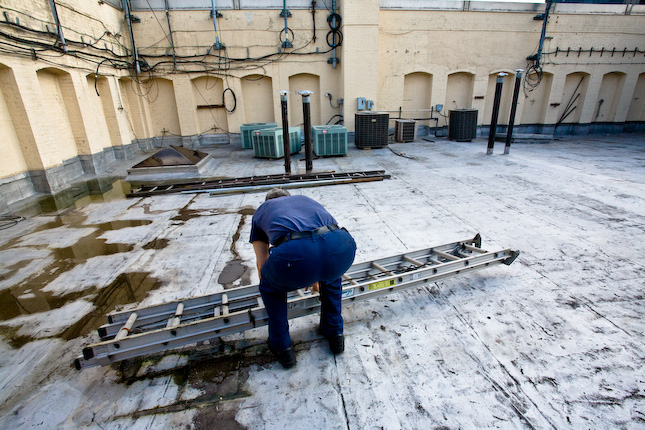 Bringing the ladder to the parapet. 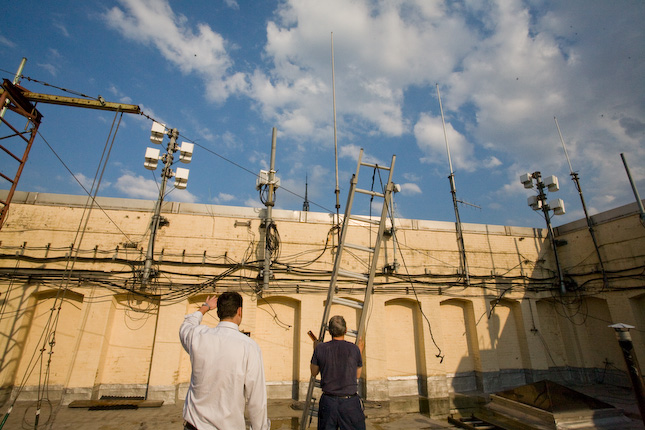 Notice a building in the background? 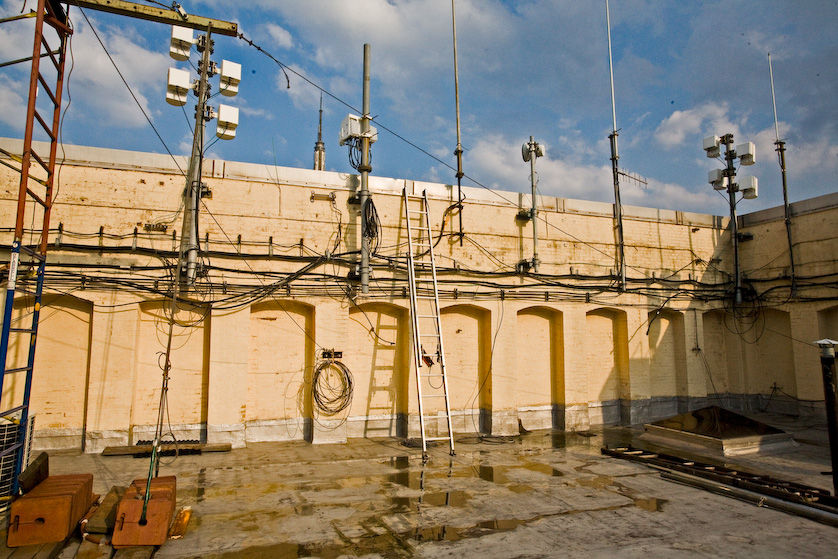 The only other building you can see before climbing the ladder. 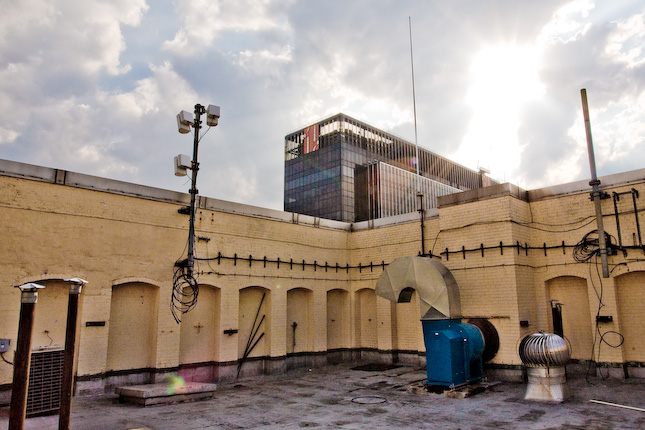 The super trying it first. 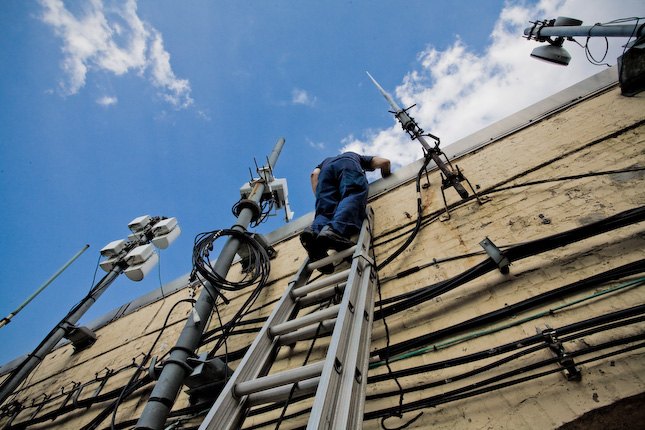 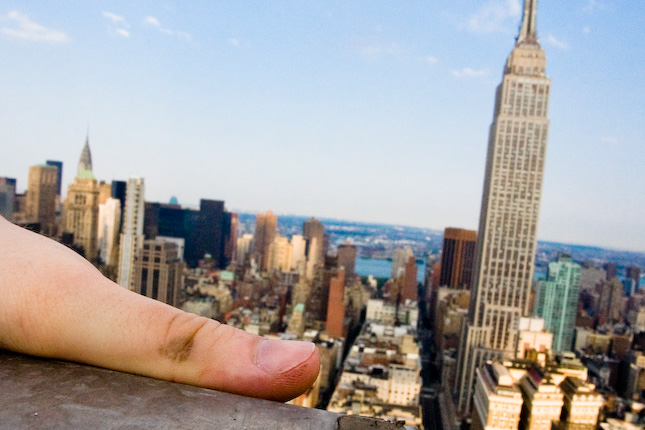 Looking down…(That’s Macy’s, by the way) 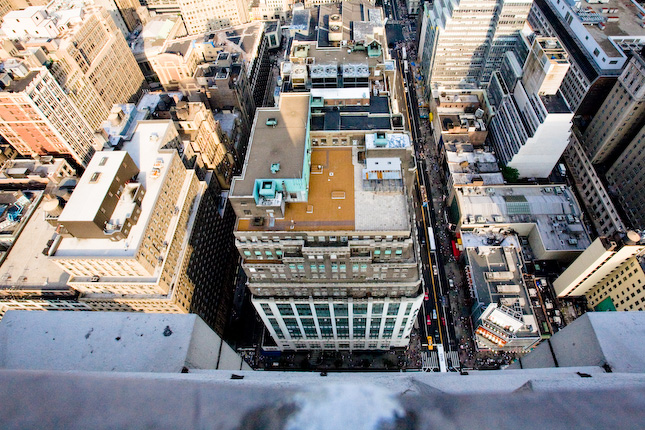 Victory! A very rare photo of the Empire State Building. 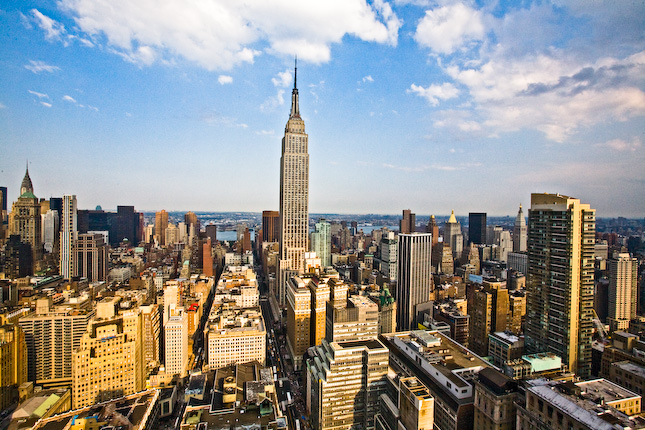 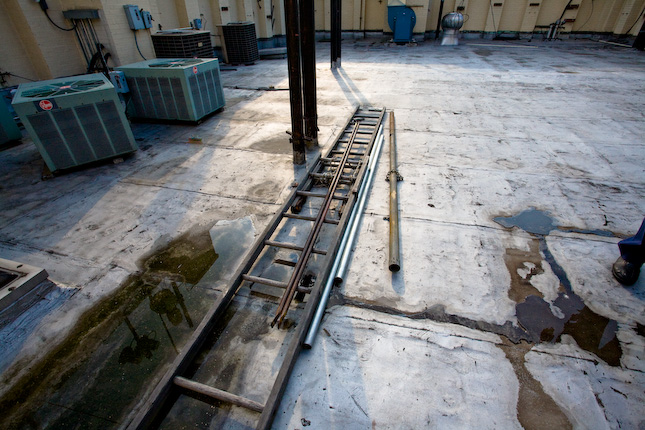 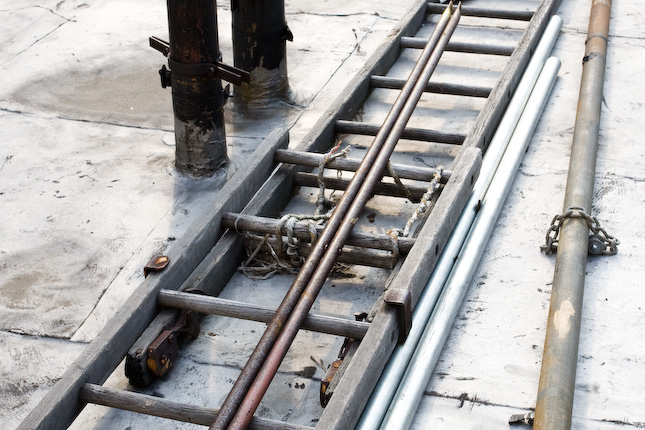