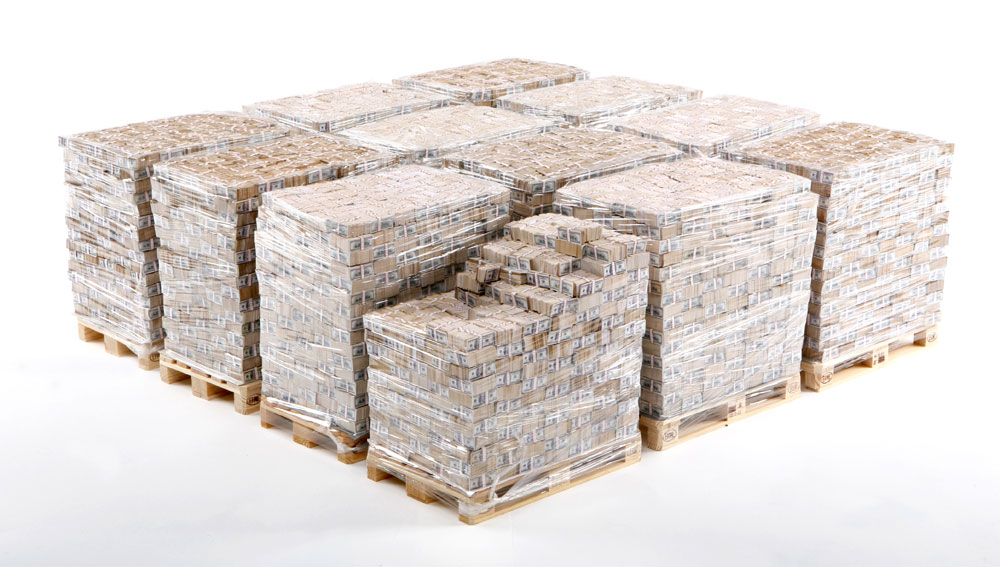 I just found out about this 2009 art piece called “One Billion Dollar” by conceptual artist Michael Marcovici. It’s described as consisting of 12 shipping pallets stacked with 10 million hundred dollar bills, making it the most expensive piece of art ever. Conceptually it’s pretty cool, and reminds me a little of Damien Hirst’s For the Love of God, a skull covered in diamonds with a value of around $100 million.

But I was curious – who fronted the money for “One Billion Dollar”? Maybe it was a government? Or a fabulously wealthy art fiend?

Well it turns out nobody did. The art piece isn’t real money at all, but a small scale sculpture as I discovered in this video, screenshot below: 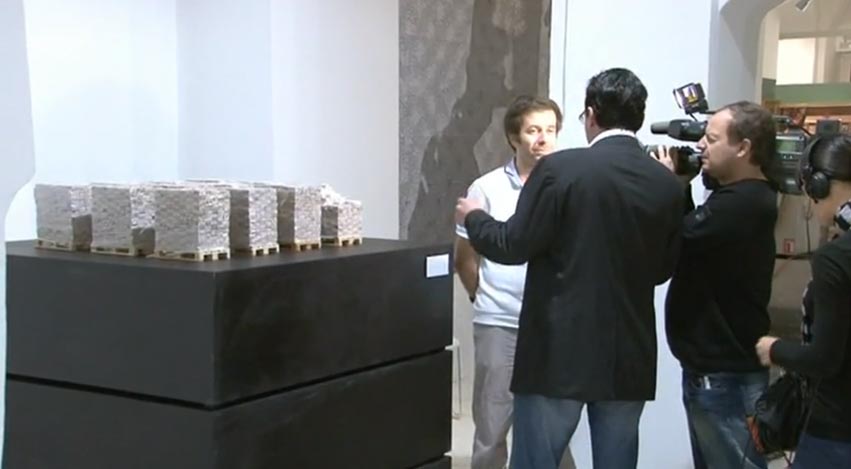 In any case, it’s still an interesting concept for an art piece. If you’re interested in visualizing more money, check out the amazing site Demonocracy.