This is fascinating stuff.

watching DGN samples form. they jostle wildly through a generative space until converging on… a cheeseburger pic.twitter.com/yEKsTgMweu

According to Gene Kogan on Twitter: DGN “deep generator network” is a neural net that synthesizes realistic images by learning low-dimensional encoding over an image set and samples from it to activate neurons associated w/ a class, e.g. cheeseburger.

This is some seriously future shit.

Who knew? “AIRPLANE!” is actually a shot-for-shot remake of the 1957 film, Zero Hour.

Hantu Tinggi, or, The Creepiest Video I’ve Ever Seen

Hantu Tinggi is a Malaysian mythic demon with a similar vibe to Slender Man. Fine. Nothing too scary there. Every culture has its share of ghouls and goblins.

But this video is seriously one of the creepiest things I’ve ever seen.

Meet Lars Andersen. This guy’s talents are amazing. But there’s something about seeing him running around shooting those arrows that really cracks me up.

So apparently this is a thing. The images below are from The Chive in 2009 and you can find more by simply Google image searching “dead fly art.” 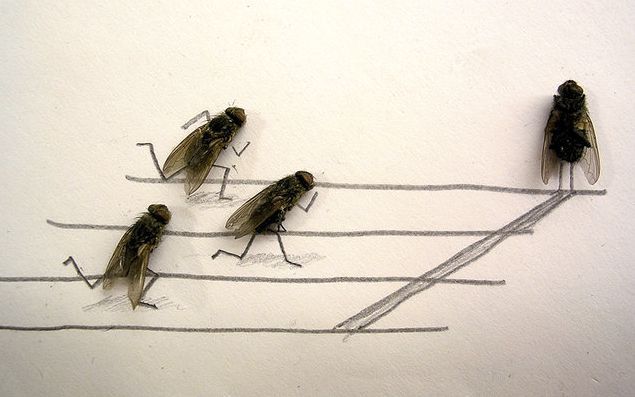 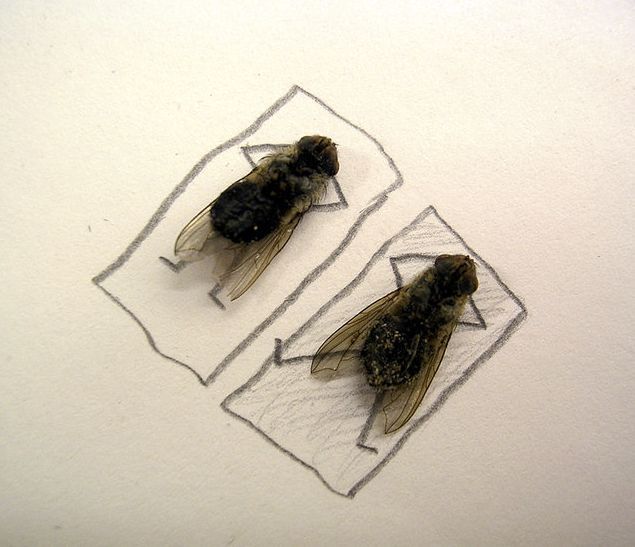 If you’ve ever seen 1980s HBO, you’ve seen this intro. Enjoy this fascinating (and extremely dated – I mean, they had to physically create a bronze HBO!) making-of.

As a young kid, seeing the camera go inside the “O” with the spinning lasers was one of the coolest things I’ve ever seen.

This video gives new meaning to “keep your eye on the ball.”

Retina OSX on the Original Macintosh

I saw this great post about how tiny the original Macintosh screen was compared with the current (and enormous) Retina 5K iMac screen.

So I thought I’d take the opposite approach. Below are 1-to-1 pixel mockups of how Mac OSX Yosemite would have appeared on the original Macintosh’s 512×342 pixel screen. 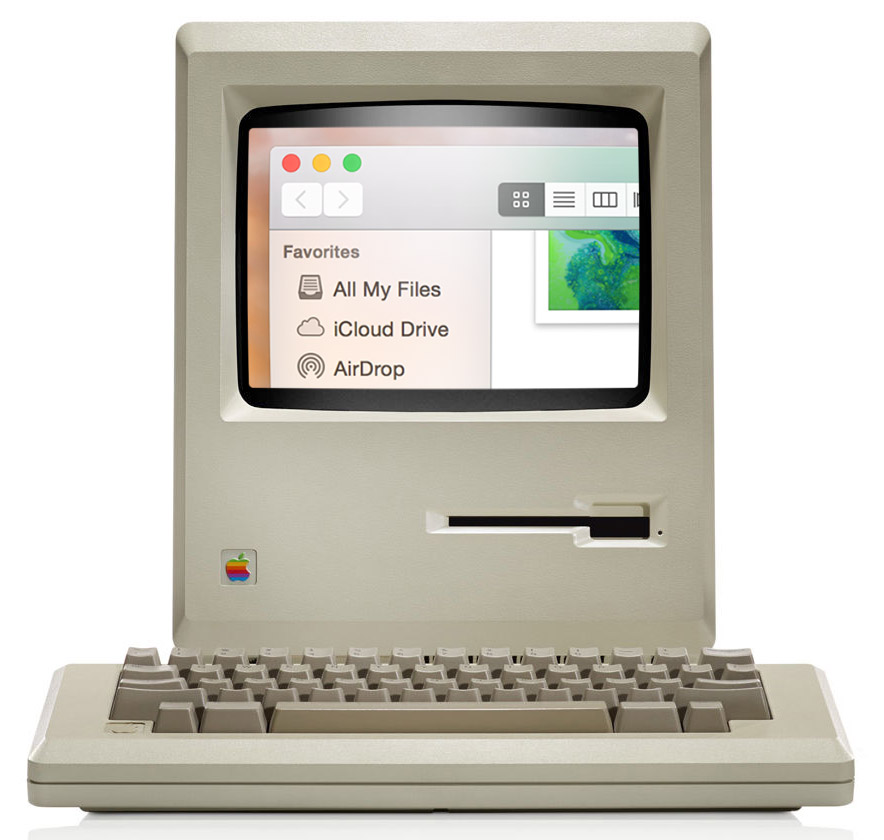 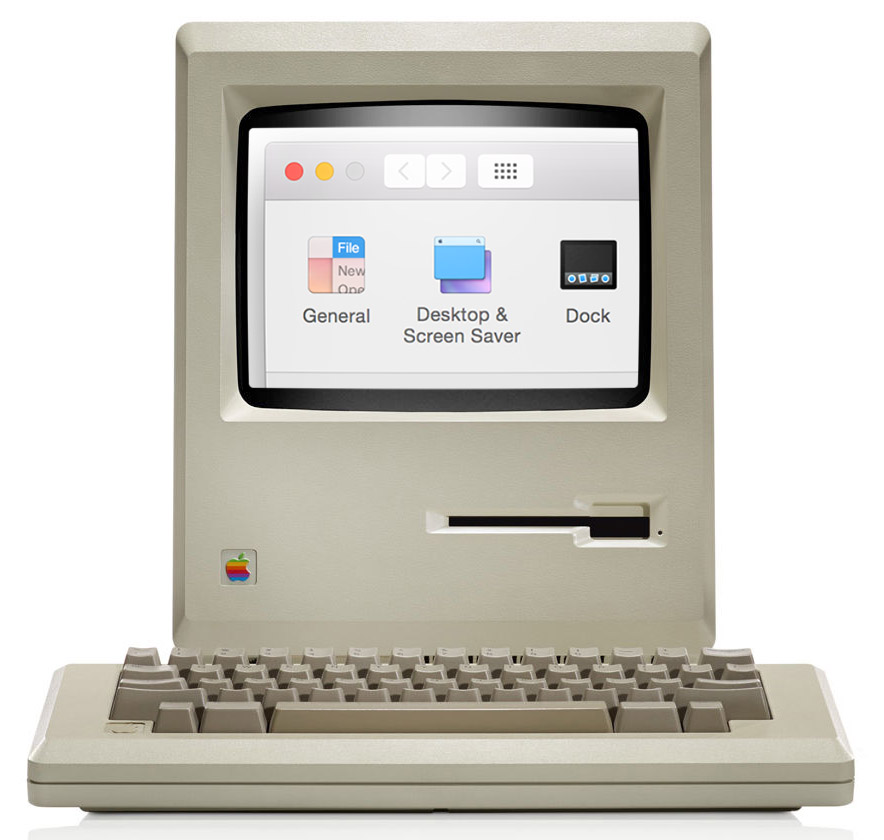 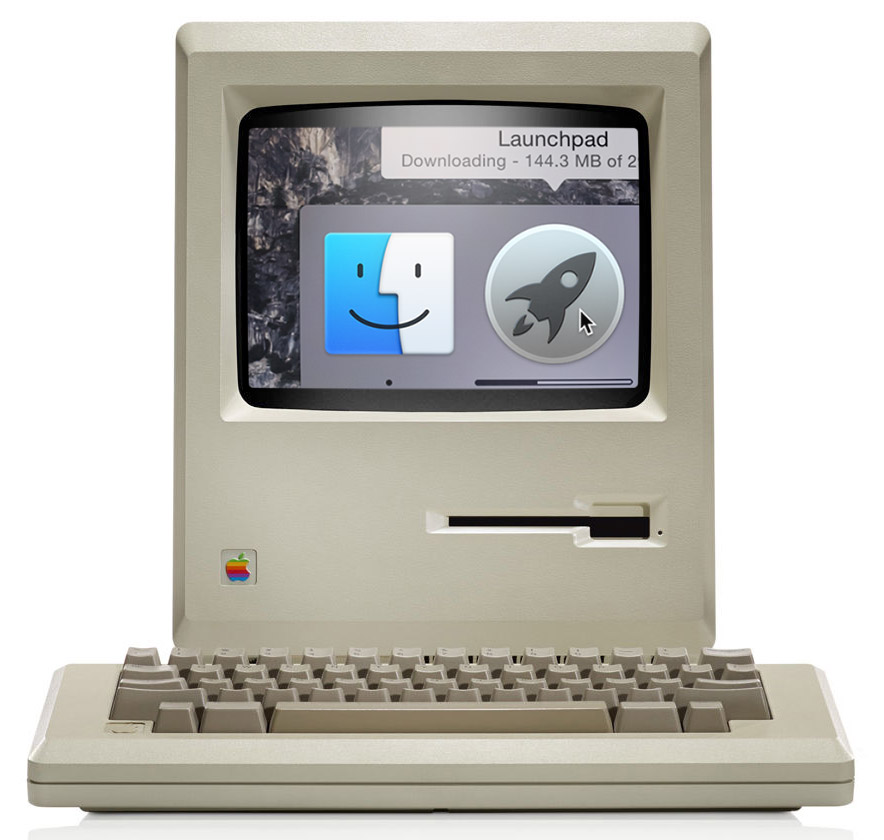 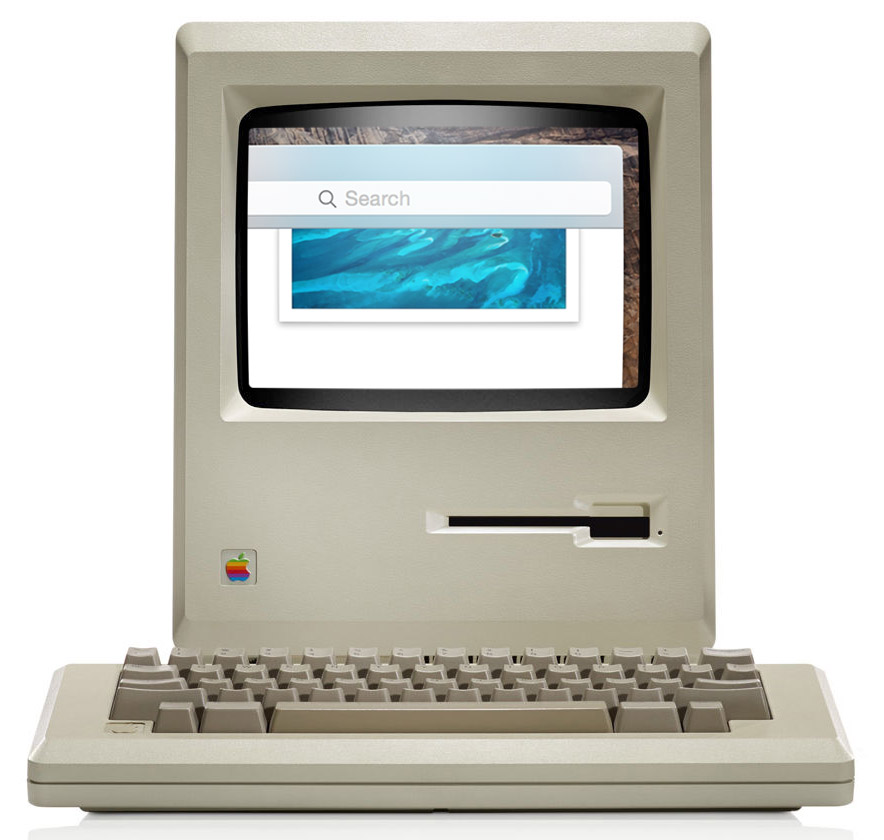 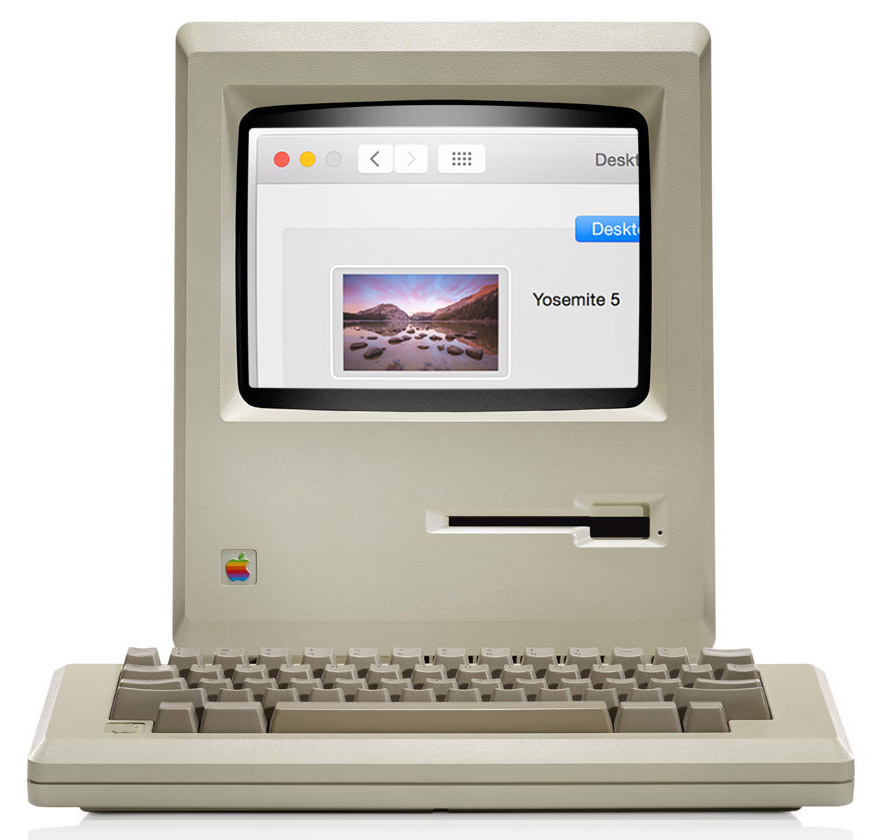 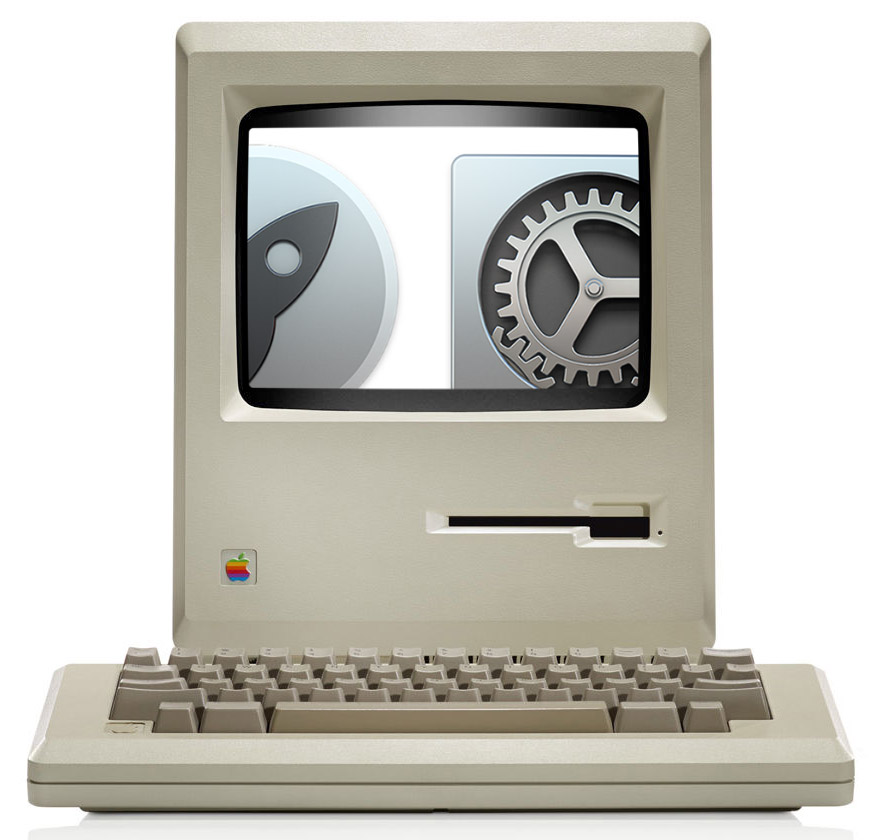 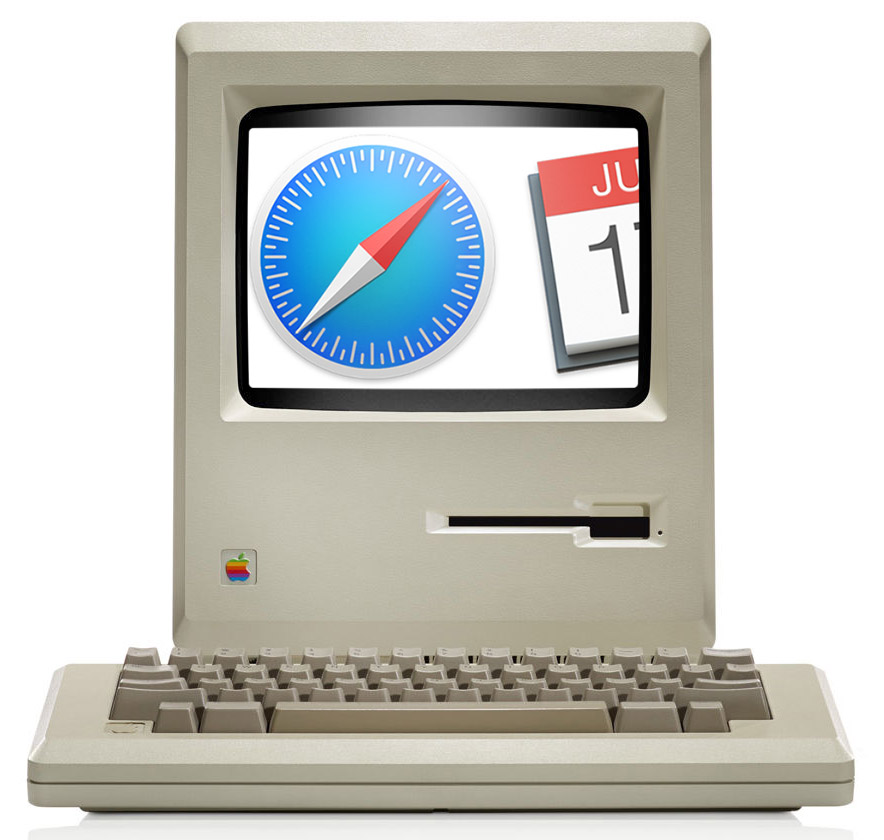 So apparently the Russian Antonov An-2 has such a slow stall speed, it can appear to hover like a helicopter. In this video it’s going around 20 MPH.

There are some reports of people even jumping out of one of these planes without a parachute, and not getting injured.

This video is funny and well-done. But skip to 5:05 and the funny turns into some next-level shit.

How is this guy not missing fingers?

The Cool To Do Drugs Pencil

This is an old story, but it still cracks me up. A classic tale of fail.

This is brilliant. View the source to see what’s happening.

This is an extremely simple yet fiendishly creepy gag to play on a friend. Via Jake Lambert on Twitter:

A fun game to play, is to text a friend asking where they are, then text them as though you're telling someone else. pic.twitter.com/rGcFyDqaNb

I came across this on Reddit. I can’t vouch for the validity, but it seems like a cool idea. Would love to see it extended to Brooklyn and Queens.

Mystery signal from a helicopter

This is one of the coolest/geekiest things I’ve ever seen.

After hearing digital interference in a YouTube video from a helicopter police chase, this hacker was able to figure out the helicopter’s flight path on Google Earth.

Here’s how she did it. Total badass.

Read the rest of her blog for some fun hacking adventures. This particular passage had me particularly entertained. While she was waiting to get some takeout food, the server handed her one of those papers that vibrates when your table is ready.

For this kind of situations I often carry my RTL2832U-based television receiver dongle with me (the so-called rtl-sdr). Luckily this was one of those days! I couldn’t help but tune in to 450.2500 MHz and see what’s going on there.

Where to Get the Best Nachos in NYC | Serious Eats : New York

I’m posting this for nothing else than my own personal reference.

Where to Get the Best Nachos in NYC | Serious Eats : New York.

I love this concept. A faceless watch that does nothing but vibrate once every 5 minutes.

Counting minutes with Durr, the watch without a face | The Verge.

I can’t explain why, but these musicless music videos really crack me up.

I guess they’re funny because they shine a light on the silliness of the music video genre.

I’m not sure what I like more, the fact that someone re-imagined Star Wars as a Western (and actually made figurines!), or the fact that the Han Solo character’s last name is Solomon. Either way it’s pretty cool.

How Does Zach King Upload His Videos to Vine?

Vine sensation Zach King has been getting a lot of press lately. And for good reason – his Vines are truly amazing.

I understand how these effects could be achieved by using After Effects and similar programs, but my question is how does he upload these pre-recorded videos to Vine? From my understanding Vine only allows you to upload video shot directly within the app.

I want this job.

The Best Yo Momma Jokes

This Reddit thread has a great collection of Yo Momma jokes. They’re all pretty typical, but this one really struck me with its ingenuity.

YO MOMMA SO UNFAMILIAR WITH THE GYM SHE CALL IT JAMES

I can’t get enough of this stuff.

You need audio for this. Play this game and it’s impossible not to laugh.

There are a ton more links to other simulations and visualizations in this Hacker News thread.

This is some of the best “robotic” dancing I’ve ever seen. (Essential to watch with audio.)

This feels like the forefront of online publishing to me. My spidey-sense tells me that if it looks amazing and is very difficult to build, you’re doing it right; very similar to how painstaking it was to lay out a magazine in the 1950s.